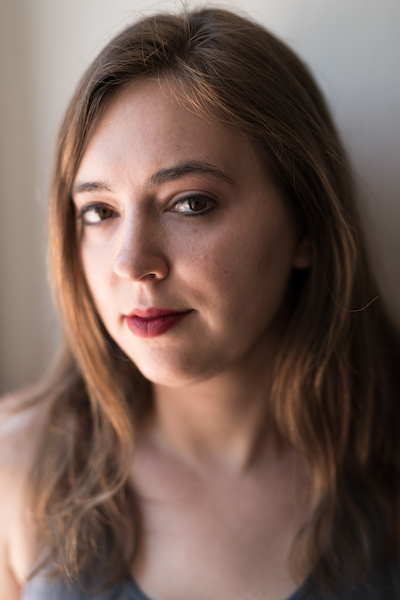 Adrienne Celt was born in Seattle, Washington, and now lives in Tucson, Arizona, where she misses the ocean every day.

She’s the author of three novels: End of the World House (forthcoming from Simon & Schuster); Invitation to a Bonfire (Bloomsbury 2018); and The Daughters (Norton/Liveright), which won the 2015 PEN Southwest Book Award for Fiction and was named a Best Book of the Year by NPR. She has also published a collection of comics: Apocalypse How? An Existential Bestiary (DIAGRAM/New Michigan Press 2016). Her writing has been recognized by an O. Henry Prize, the Glenna Luschei Award, and residencies at Jentel, Ragdale, and the Willapa Bay AiR. She’s published fiction in Esquire, Zyzzyva, Ecotone, The Kenyon Review, Prairie Schooner, and Electric Lit, among other places, and her comics and essays can be found in Catapult, Vol. 1 Brooklyn, The Rumpus, the Tin House Open Bar, The Millions, and elsewhere.

She publishes a webcomic (most) every Wednesday at loveamongthelampreys.com.